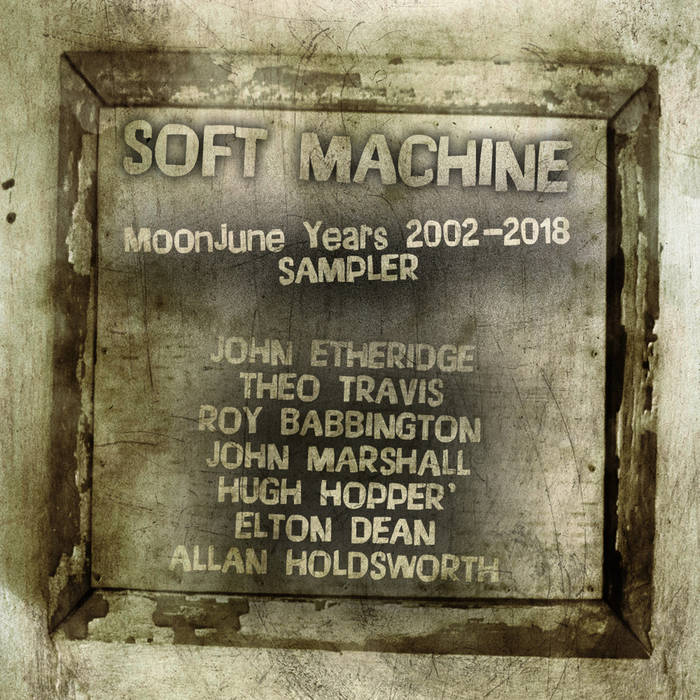 blanco73431 Fantastic! It's Soft Machine and it's a name your own price....what more incentive do you need? Favorite track: The Nodder (The Live Adventures).

SOFT MACHINE - MoonJune Years
featuring: JOHN ETHERIDGE, THEO TRAVIS, ROY BABBINGTON, JOHN MARSHALL and former members ELTON DEAN (died in 2005), HUGH HOPPER (died in 2009), ALLAN HOLDSWORTH (died in 2017).
Soft Machine having been a much loved band since their inception in the late 1960s and having always been at the cutting edge of many music genres (including the early progressive and psychedelic rock scene and then the burgeoning jazz rock and fusion scene), it was inevitable that former Soft Machine members would reconvene over the years, to continue on their legacy.

In September and October 2015, it was announced that the band Soft Machine Legacy (John Etheridge, John Marshall, Roy Babbington and Theo Travis) would be performing under the name Soft Machine. In December 2015, it was confirmed that the band had dropped the "Legacy" tag from their name, as the band featured three of the group's 1970s era members – John Etheridge, John Marshall and Roy Babbington (from the seminal 1976's album "Softs"). Due to John Marshall's health issue, several drummers subbed for the veteran British drum legend in recent years: Mark Fletcher, Asaf Sirkis, Nic France, Martin France, Gary Husband. New album "Hidden Details" will be released in July 2018 on MoonJune Records (North & South America (Dyad Records (UK, Europe) and Vivid (Japan).